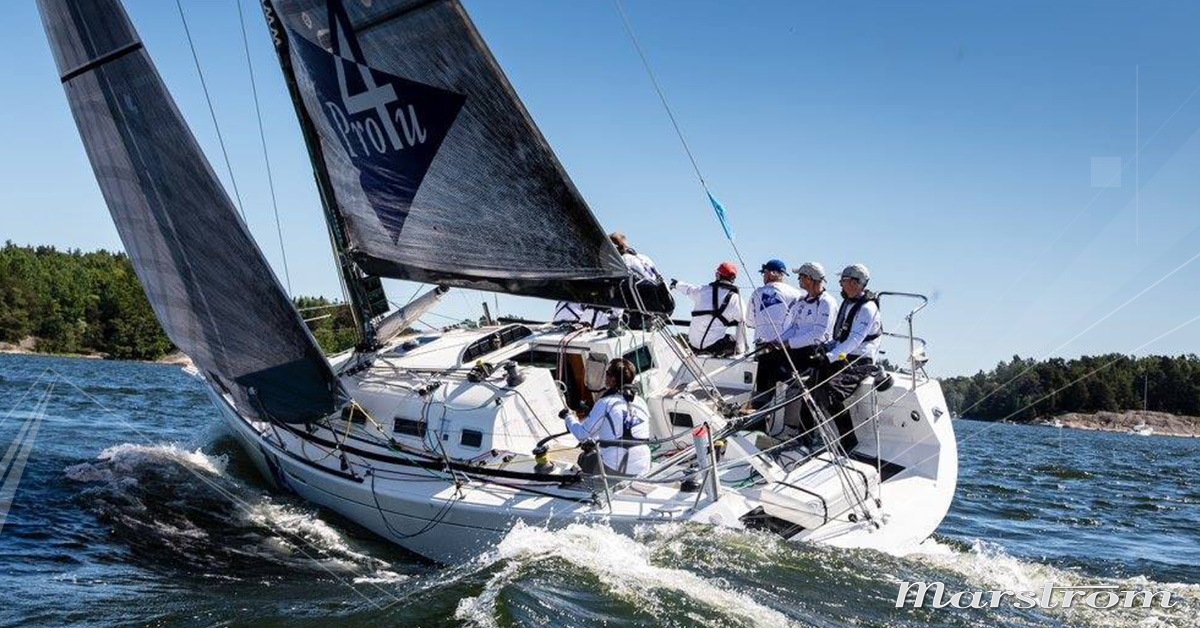 The European Championship in offshore sailing finalized today with the two last inshore races. Yet again the conditions for sailing was very good with winds around 14 knots in the first race and 18 in the second race.

We had another good day of racing and we managed to win the first race today and finished 4th in the second race. Overall, we were close reaching the podium in the open class but did not quite make it and we finished overall in 4th place among the 37 boats. But in the Corinthian class we won the championship!

Our series in the Europeans in the seven races was: (10), 7.5, 6, 3, 3, 1 and 4, overall 24.5 points after one discard. We are especially pleased that we managed to win one of the races today and are one of the few boats that had a race victory in the regatta.

We congratulate the three Estonian boats on the podium, Matilda 4 who won the Europeans with 17 points, Katarina 2 second with 20 points and third Postimees with 21 points.

Overall, even if we had hoped to be on the podium in the open class given that we have half of the crew either new or in new positions this season we are quite happy to be among the top four boats only with 7.5 points to the winner and most importantly we managed to yet again win the Corinthian Class C title for the 8th European or World championship in a row!

We thank OXSS for arranging the Europeans and the sailing arrangements has been very good and thanks also to all competitors for fair and good sailing and see you again in another championship!