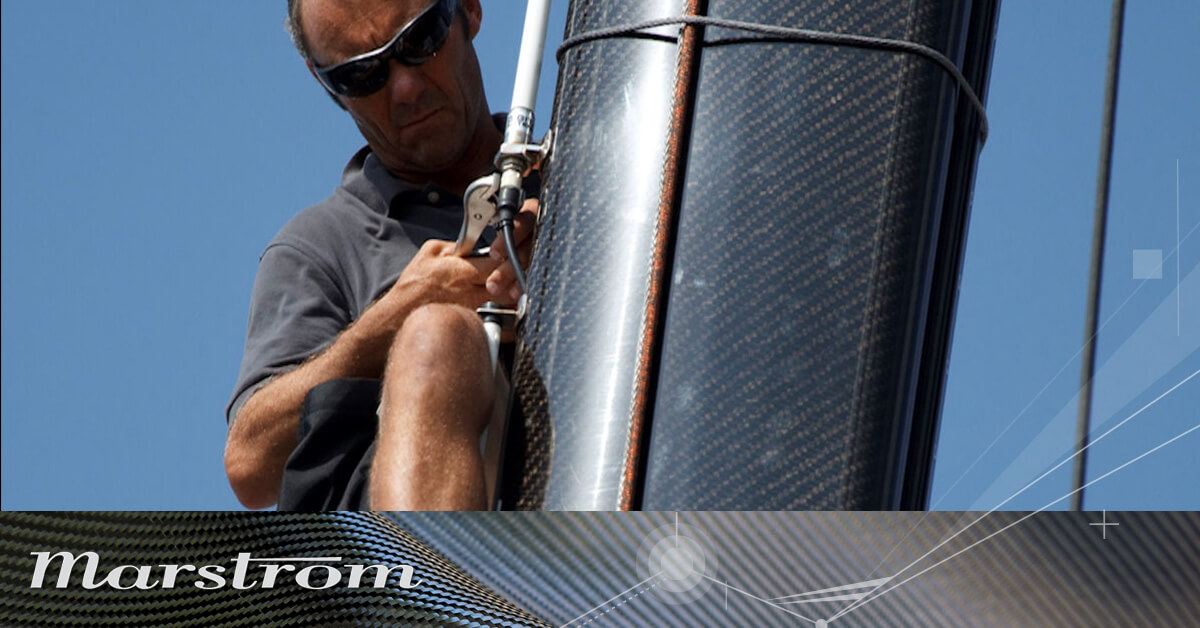 The unthinkable did happen the 1:st of June.

The mast broke! The wind was 16-17 m/s and the water was flat. We were reaching, no spinnaker, 60% load in the backstay and kicking strap in normal position. The mast broke in the deckgland. Luckily it didn´t fall down, it just compressed about 20 mm when the laminate was broken. We managed to get the sails down without further damages to the mast and the boat.

Marstrom Composite was immediately on site to inspect the damages and committed to repairing the mast with the goal to have it fixed well in advance to the start of ÅF. Just in a short while the truck arrived to Viggbyholm in order to transport the mast to the their facilities in Västervik.

After a second inspection it turned out to be a fairly complicated fracture but it was possible to stick to the original timeplan. On Thursday night this week (18:th of June) the repaired mast will come back to Viggbyholm, just 2,5 weeks after it was broken.

Without this fantastic effort we would have lost more or less the whole season including the European Championships, since no one can deliver a new mast during the season.
This years medal for outstanding achievements goes to Marstrom Composite!!!